Learn more about the new Perodua Alza, which was teased yesterday by the domestic automaker in a new video posted on its social media. We now know exactly when the D27A order books will officially open as well as when on-the-road pricing will be announced.

This will happen on June 23, according to an internal circular that was sent to dealers yesterday. In the document, which was previewed by this publication, the company announced that the announcement of the OTR price for the MPV will be made on that date, and the order intake – as well as the availability of prices in the system – for the car will then officially start.

That’s not all. The circular also specifically mentions a “model name unveiling” on the day, indicating a likelihood that the long-standing Alza nameplate will be retired. As for what the new name might be, anyone can guess, but some clues may have been dropped in the last month.

Then it was reported that the company filed a few trademarks with the Malaysian Intellectual Property Company (MyIPO), registering the Traz and Nexis names in April. Both were categorized into Class 12 and Class 37, encompassing car-related categories. 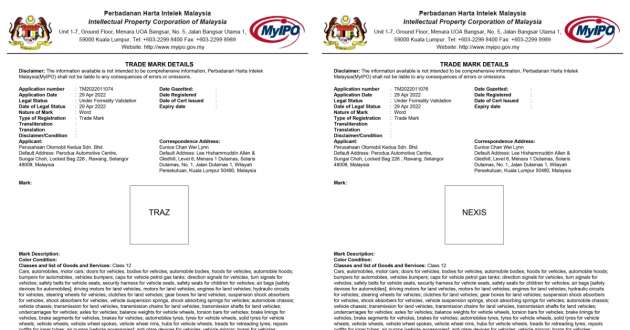 Of course, these may or may not end up on the model, given that the automaker did the same in 2014 when it registered the Eliana and Atrivia names following a trademark filing for the Axia. , the nameplate that was eventually used. . I guess we’ll find out on June 23 whether the new car will still be called the Alza, or something else.

As previously stated, and reiterated in yesterday’s teaser video, the new D27A will be based on the Toyota Avanza and Daihatsu Xenia. The profile of the MPV Perodua is virtually identical to that of its close cousins, but with some notable styling differences.

Up front, the D27A appears to have an X-shaped face inspired by the lines of the Ativa, and as illustrated by Theophilus Chin in his earlier renders (minus the vertical DRLs). The headlights have also been reshaped to be more angular compared to the Avanza and Xenia, which likely means a Perodua-specific grille is on the cards. There are also rectangular fog lamps.

At the rear, the taillight design doesn’t look much different than the Avanza, as it bears the same L-shaped signature, with the clusters joined by trim with the Perodua logo in the center.

As already known, there are three variants, a base 1.5LX CVT (variant code BP5XZ), followed by a mid-range 1.5LH CVT (BP5HZ) and a high-end 1.5L AV CVT ( BP5VZ), with five exterior colors (one solid and four metallic) to choose from. Solid, ivory white, along with shimmering silver and a sleek new black, are available for all three variants, while garnet red and new vintage brown will only be available for the H and AV variants.

As for what will power the D27A, we’ve previously reported that the model is set to get Avanza’s 1.5-litre Dual VVT-i 2NR-VE naturally aspirated four-cylinder mill with 106 PS and 138 Nm of torque. This seems to be pretty much confirmed, judging by the “Dual VVT-i” badge on the fender, as seen in the teaser video. The Avanza’s 2NR-VE is paired with a D-CVT driving the front wheels, and we should expect the same for the D27A.